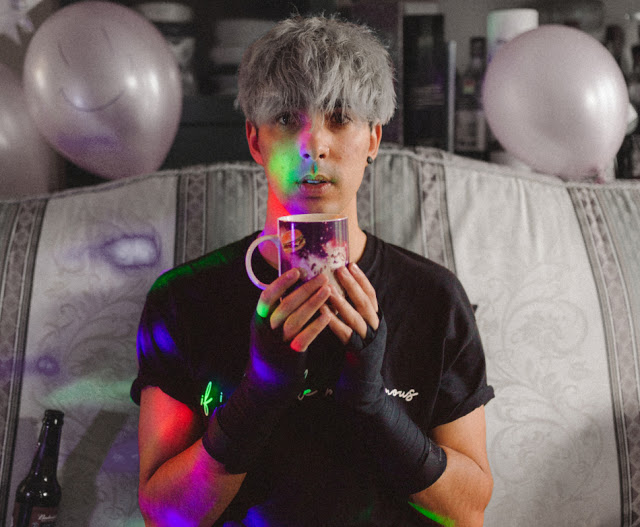 Cameron grew up in a family of instrumentalist and music enthusiasts, as early as four years old he asked his parents for one of the highest-grossing rock albums of the 21st century; Linkin Park’s Hybrid Theory. After seeing Linkin Park live, Sanderson realized a new passion for singing. In his song ‘Grey’, Sanderson fuses elements of rap, rock, and emo tones. His sound can be compared to artists like 30 Seconds To Mars, Twenty One Pilots, and Ed Sheeran. ‘Grey’ is emotionally heartfelt and vulnerable, lyrically sensible yet it is still showing the truth without much interpretation.

Sanderson shares the personal details of the track, “Leaving an abusive relationship I could only see grey emotionally. The relationship was wrong… but at least it had colour. Seeing in black & white was the only way I could stop myself from going back, otherwise, the colours would just blur. Full of oxymorons & witty one-liners this track is exactly that.”