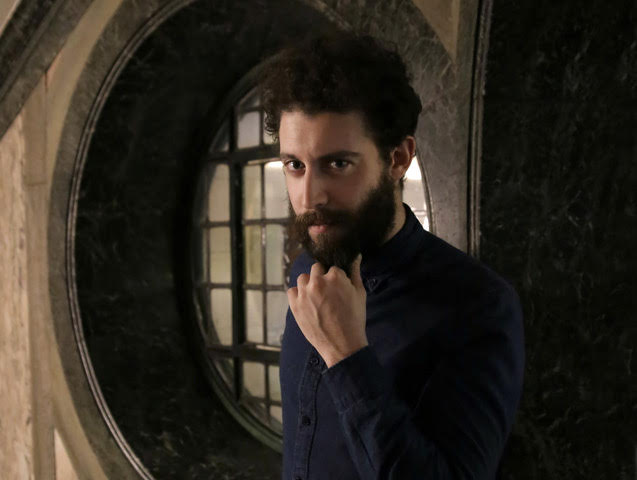 Inspired by a trip to the world-famous John Rylands Library in Manchester, ’Objects of Love’ is written in dedication to an enigmatic artifact Granfalloon stumbled upon during his time there.

Amongst the library’s historic collection of titles under its care, the singer was struck by an unusual catalog of items said to have belonged to Victorian author Isabella Banks (acclaimed writer of The Manchester Man). Detailing an exotic and unusual array of items from all over the globe, from Egyptian mummy fragments to a flower from George Washington’s grave to bedding from Princess Eugenie’s palace and beyond, the source of the items is shrouded in mystery given there was no record of Isabella ever leaving the UK.

Romantically ruminating where the items could have come from, Richard of Granfalloon explains how ‘Objects of Love’ began to take shape:

“I imagined [Isabella’s] husband George Banks traveling the world to find a theatre he wanted to stage and bringing her back these gifts from far and wide. At the time they were surviving on her wage for writing serialized stories in journals and newspapers. I found it interesting to describe this upending of the stereotype of ‘woman as Muse’ and ‘man as Artist’…and to have his presence inspire her stories which earned their living. The first verse is sung from Isabella’s point of view, the second from George’s as he confesses that none of these wondrous objects were from where he claimed but instead from various boozers in Manchester and Salford but if they sparked his wife’s imagination and allowed them to survive then his lies were a price he was willing to pay.”

Recorded with Andrew Glassford at Limefield Studios, further mixed by Chris Daniels at UK Mastering and produced by Richard Lomax at The Dogan, ‘Objects of Love’ also sees a guest appearance from Biff Roxby of Honeyfeet on Cello. ‘Objects of Love’ follows recent single ‘The Elephant’ as the latest track to emerge from Granfallooon’s second album ‘RGB’ – set to be released this October on 12″ vinyl and digitally on 4 October 2019.

Following the release of Richard Lomax’s ambitious solo album ‘Calendar’ in 2015 (an epic 52-song omnibus that compiled the fruits of a song-a-week writing period for the prolific songwriter), he would then turn his attention to a more collaborative project that would become Granfalloon’s acclaimed debut LP ‘Down There For Dancing’ in 2017. Two years later, Lomax & band are now preparing its follow-up: ‘RGB’ (or Red Green Blue) for release this October.

The new album, ‘RGB’, was recorded in Manchester between John Ellis’ Limefield Studio, WR Audio, and their own studio, The Dogan. They worked with producer Andrew Glassford (One Little Atlas), an Australian electronic artist/producer Jack Prest (Jonti/Sampa The Great), with Lomax producing as well. Liverpool star Natalie McCool also provides guest vocals on the track: ‘Objects of Love’.

Seamlessly weaving folk and electronica into rich and intricate compositions, Granfalloon has received praise from the likes Richer Sounds and Q Magazine who hailed the outfit as Artist Of The Week respectively, not to mention garnering consistent radio support from BBC Introducing in Manchester (who recently premiered new single ‘The Elephant’).

No strangers to big stages, Lomax has been invited to play shows alongside the likes of We Are Scientists, Frightened Rabbit, Emma Pollock, The Burning Hell, and The Wave Pictures. Now, after a Summer of high profile festival shows inc. Dot To Dot and Bluedot, plus a European tour that has seen the band play to the crowds of Germany, Belgium, France, and Italy; Granfalloon will be touring ‘RGB’ with a string of UK shows across the nation. Full dates and details can be found as follows: